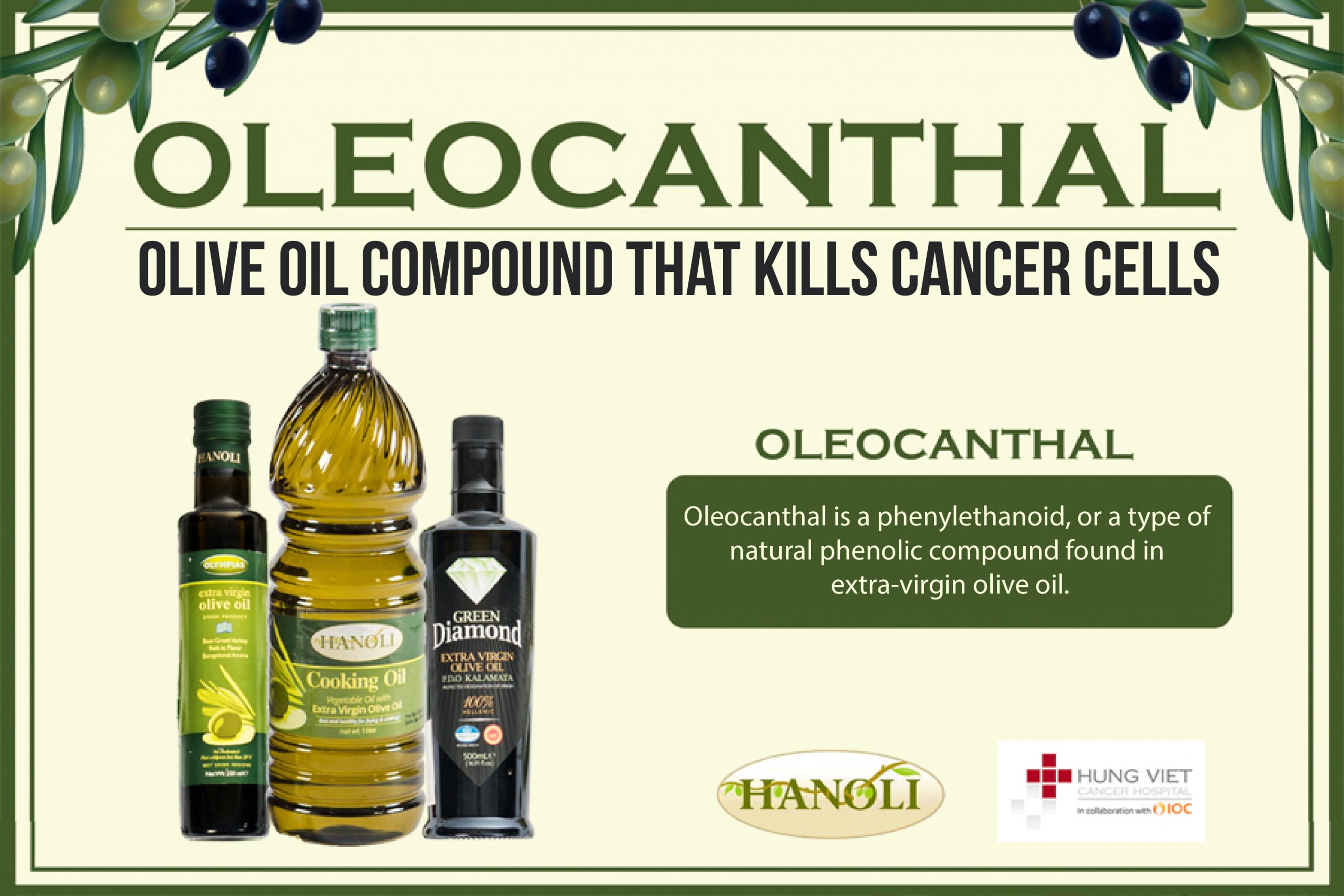 Scientists have discovered that a compound in Extra Virgin Olive Oil can kill human cancer cells without harming healthy cells.

So, is the oil able to help fight against cancer? A recent study Ingredient in Olive Oil Looks Promising in the Fight Against Cancer by scientists at Rutgers University và Hunter College (NYC), which was published on Molecular & Cellular Oncology has proven this ability with a compound in olive oil – Oleocanthal.

The scientists have discovered that a compound in Extra Virgin Olive Oils can kill human cancer cells without harming healthy cells.

After applying Oleocanthal to cancer cells, they found out that these cells were dying very quickly – within 30 minutes to an hour. Since programmed cell death takes between 16 and 24 hours, the scientists realized that something else had to be causing the cancer cells to break down and die:  The cancer cells were being killed by their own enzymes.

“The oleocanthal was puncturing the vesicles inside the cancer cells that store the cell’s waste – the cell’s ‘dumpster,’ or ‘recycling center.’ These vesicles, known as lysosomes are larger in cancer cells than in healthy cells, and they contain a lot of waste. “Once you open one of those things, all hell breaks loose,” the scientists said.

But oleocanthal didn’t harm healthy cells, the researchers found. It merely stopped their life cycles temporarily – “put them to sleep”. After a day, the healthy cells resumed their cycles.

Buy Hanoli Extra Virgin Olive Oil and our other products at: