The benefits of Rosemary tea are various. Rosemary is a fragrant evergreen herb native to the Mediterranean. It has a long history of culinary and aromatic uses. Due to having so many health benefits, the Rosemary leaf and its oil is used to make medicine. 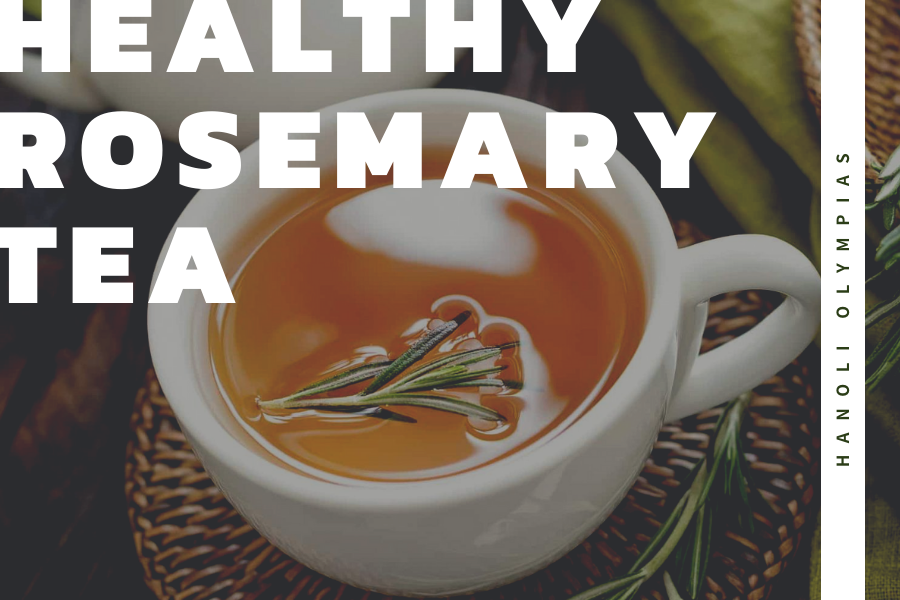 The herb not only tastes good in culinary dishes, such as rosemary chicken and lamb. But it is also a good source of iron, calcium, and vitamin B-6.

Many people enjoy rosemary tea for its flavor, aroma, and healthiness.

Here are some potential health benefits and uses of rosemary tea, as well as possible drug interactions and a recipe to make it.

Rosemary is a rich source of antioxidants and anti-inflammatory compounds. It thought to help boost the immune system and improve blood circulation.

The antioxidant and anti – inflammatory activity of rosemary is largely attributed to its polyphenolic compounds like rosmarinic acid and carnosic acid.

Due to its antioxidant capability, rosmarinic acid is often used as a natural preservative to increase the shelf life of perishable foods.

In Europe, rosemary is often used to help treat indigestion. In fact, Germany’s Commission E has approved rosemary for the treatment of indigestion. However, it should be noted that there is currently no meaningful scientific evidence to support this claim.

The aroma from rosemary can improve a person’s concentration, performance, speed, and accuracy.

Though studies on rosemary tea specifically are lacking, evidence shows that drinking and inhaling compounds in rosemary tea may help boost your mood and improve your memory.

One study found that taking 500 mg of oral rosemary twice daily for 1 month significantly lowered anxiety levels and improved memory and sleep quality among college students, compared with a placebo.

In fact, simply smelling rosemary appears to be beneficial. One study in 20 healthy young adults observed that inhaling rosemary aroma for 4–10 minutes before a mental test improved concentration, performance, and mood

Some studies have suggested that rosemary may significantly help prevent brain aging. The therapeutic ability of rosemary for the prevention of Alzheimer’s shows promise, but more studies are needed.

One study examined the addition of rosemary extract to common treatments like zinc oxide and other AREDs antioxidant combinations, finding that it helped slow age-related macular degeneration (AMD). A common condition that affects vision.

Other animals and experimental studies indicate that the rosmarinic acid in rosemary delays the onset of cataracts — the gradual opaqueness of the eye that leads to blindness — and reduces the severity of cataracts.

Keep in mind that most studies on rosemary and eye health have used concentrated extracts, making it difficult to determine what effect rosemary tea may have, as well as how much you would need to drink to reap these benefits.

How to make rosemary tea?